For the second time this week, a manufacturer has had to recall pet food from sale. Initially it was IAMS ‘ProActive Health’ dry dog food for puppies that was recalled – but now the FDA reports a second manufacturer needing to recall their products.

It is now the American brands ‘River Run’ and ‘Marksman’ that have been affected. So what is it exactly that is cause of these recalls?

The recalls are due to the pet foods being contaminated with aflatoxins – fungal poisons. Aflatoxins are also known to be extremely carcinogenic.

Aflatoxins are produced and released by the mould species Aspergillus. This mould is often found on cereal grains (such as maize, rice and wheat) in higher than average levels.

This isn’t the first time pet owners have had to worry about their animal’s food being contaminated with aflatoxins. In 2005, Diamond Pet Foods discovered aflatoxins in one of their dog food products and as a result, their product was (voluntarily) pulled from 23 US states.

Aflatoxins have the potential to cause liver disease in dogs, depending on the amount they consume. As you might expect, the more aflatoxins they consume, the more likely they are to develop liver problems. If large amounts of aflatoxins are ingested, there is less chance of recovery from aflatoxin-induced liver disease.

If dogs are exposed to continual, low levels of aflatoxins, this too can cause problems (however it takes weeks to months before any noticeable liver damage becomes apparent).

Product recalls do happen on occasion and there is generally no need to worry in most circumstances. If you are concerned about the products mentioned in this article however, it is worth mentioning that no illnesses have been reported in connection and only a handful of US states are affected – no UK products have been contaminated.

If you are an American reader however and would like more information on the recalls, including which states and products have been affected see below:

BSc Bioveterinary Science. Editor of PetSci. When I'm not writing, learning, discussing, or reading about animals, you know it's the weekend! Currently developing PetSci HealthTrak, the fast and easy way to monitor your pet's weight and calorie intake. HealthTrak offers a simple way to track your pet's progress, helping them achieve a healthy weight and a long, happy life.
@pet_sci
Previous Treating Your Pet On a Budget: Brie’s Parsley and Carrot Dog Biscuits
Next Where in the Woof?: An Infographic on the Origin of Dog Breeds 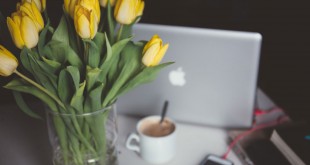 It’s Poison Prevention Week, so we’re looking at common pet poisons found around the home. In …