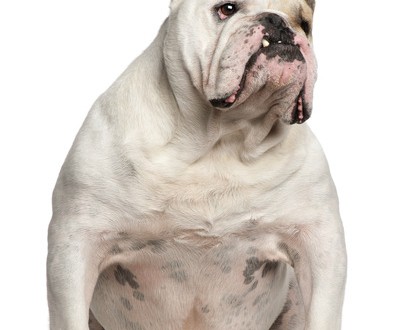 To promote awareness of Hill’s ‘Lose 60 tonnes in 6 months‘ campaign, we’re looking a little further in to the increasing problem of obesity in dogs. A shocking third of dogs seen by veterinarians are considered overweight. We’ve discussed the benefits of switching to a low calorie diet such as Hills Prescription Diet Canine r/d

to reduce the calorific intake of dogs, but what about the actual problems caused by obesity? Why should we worry if our dog is overweight?

Before we delve in to the problems though, we are first going to look at some of the causes of obesity. Obviously a high-calorie or high-fat diet is going to vastly increase the chances of obesity, but did you know there are other factors that can contribute? The environment, breed, age and whether or not the dog is neutered are all further contributing factors.

As we mentioned early, breed can be a contributing factor to obesity. This means that some breeds are genetically more likely to develop obesity problems than others. Just because a breed is predisposed to obesity doesn’t mean it will definitely become obese however. In fact, with a good diet, predisposed breeds can live a long and healthy life without a single weight problem.

Breeds prone to obesity problems include:

A number of sighthound breeds have been shown to resist obesity, however this doesn’t mean they can’t become obese, just that they are less likely to become obese. These breeds include:

Aging can increase the likelihood of obesity in two main ways; a reduced metabolism and reduced physical activity. The combination of these two factors makes it easier for an older dog to put on weight and more difficult to lose it!

As a dog ages, their lean muscle mass decreases. This means that the dog needs less energy to maintain their body weight. Owners who don’t reduced an older dog’s diet accordingly can be giving them more calories than they need.

This can be a disastrous mix when combined with the fact than an older dog is typically much less active than a younger dog. Decreased activity means fewer calories used.

The most well-known cause of obesity is poor nutrition. Excessive or frequent meals means your dog is getting more calories than they need. But it’s not just how many meals your dog eats (or how big the portions are), cheaper dog food brands are more likely to contain high levels of fat, calories and other unappealing additives that can all add to how quickly your dog puts on weight. Dogs that are fed scraps or leftovers from their owner’s meals are also more at risk of gaining weight.

Environmental factors that can contribute towards the obesity of a dog include:

A study that involved interviewing over 800 dog owners found on average, a dog was more likely to be obese if:

Obesity can put a lot of extra strain on the body and organs, the most noticeable effect is on lifespan. In the more severe cases, obesity can take nearly 2 years of a dog’s expected lifespan. Other conditions and diseases that can arise as a result of obesity are listed below:

Just like humans, diabetes in dogs can be associated with obesity. In humans, there are two main types of diabetes; type 1 and type 2. Type 1 diabetes occurs early in life as the body stops producing insulin – the chemical hormone required to absorb glucose (sugar) from the bloodstream. Type 2 diabetes generally occurs later in life and is associated with obesity. Type 2 diabetes occurs when the body doesn’t produce enough insulin or body cells become resistant to the effects of insulin.

Fortunately, type 2 diabetes is rare in dogs – so whilst obesity can still lead to diabetes in dogs, it is much less likely to be a consequence of obesity when compared to humans.

Excess Fats in the Blood (Dyslipidemia)

As you might expect, obesity can result in an increase of fats (such as cholesterol) circulating around the body in the blood. Abnormal levels of blood fats (lipids) can increase insulin resistance, thus increasing the likelihood of developing type 2 diabetes.

Excessive weight and a poor diet can put extra strain on the joints. As such, obesity can cause a number of orthopedic disorders such as osteoarthritis. Osteoarthritis is a painful, progressive joint disorder that can reduce a dog’s quality of life as movement and exercise, even walking, becomes painful.

Obesity is a recognised risk factor for the collapse of the airways in small breeds. It can also increase the frequency of diseases such as asthma and hypoventilation syndrome. Hypoventilation syndrome reduces the rate that oxygen is taken in to the body and as such lethargy and drowsiness can often arise as a result.

It has been shown that obesity dogs are more likely to have reduced control of their urethral sphincter – the muscle that control release of urine. Fortunately, weight-related incontinence is not permanent and can be reversed by weight-loss.

Currently a hot topic in both human and veterinary medicine, there are many studies being carried out to assess the causes of different types of cancer. The role of obesity in the development of cancer has been studied multiple times and received mixed results. Whilst there are a number of studies that find inconclusive results there are many more that suggest a link between cancer and obesity.

It is thought that the chronic inflammation caused by obesity releases free radicals. These free radicals damage DNA, which increases the risk of developing cancer.

For all the problems that obesity can cause, it makes sense to control your dog’s weight. When reducing your pet’s weight is as simple as switching to a calorie controlled diet, there is no reason not to take action. Hill’s Nutrition, the people behind the ‘60 Tonnes in 6 Months‘ challenge have their own low calorie diet to make weight loss even easier – as do Royal Canin and a number of other brands, which we’ve listed below:

Switching the diet is the first step – but to keep the weight off requires extra help and restraint from you too. Be sure to exercise your pet regularly and don’t give them scraps!

Are you joining in on the ’60 Tonnes in 6 Months’ challenge? Have you managed to get your pet’s weight down before? Have you got any tips or tricks that helped lose those extra pounds? Are there any other great reduced calorie diets out there that you can suggest? Leave your thoughts and comments below.

Adapted from: Obesity in dogs, Part 1: Exploring the causes and consequences of canine obesity 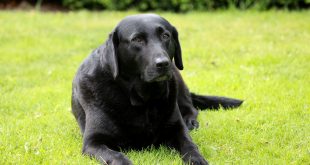