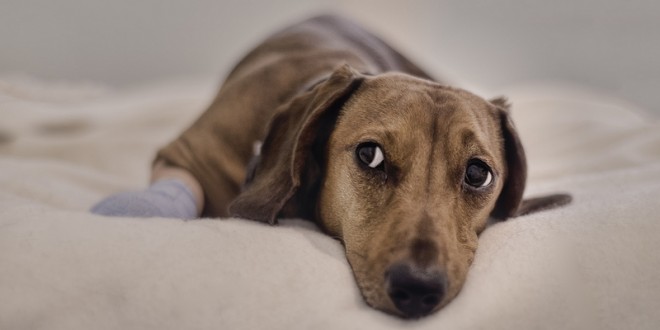 Treatment and Advice for Soft Tissue Trauma in Canines

Soft tissue trauma is amongst one of the most common injuries that pets can sustain. In our largely urbanised society, pets are at a high risk of injuring themselves. For example, debris left on the ground can prove to be one of many potential hazards for our pets.

It can be beneficial for pet owners to understand the best way to deal with soft tissue trauma and other minor injuries. Especially knowing when an injury requires veterinary attention, or if it can be treated at home and what supplies are needed to do so. In this article, we’re going to investigate soft tissue trauma in dogs and how you should react.

What is Soft Tissue Trauma?

Soft tissue trauma is a term used to describe a variety of muscle and joint injuries. The injuries are typically minor, meaning you generally don’t need to worry about them too much. However, there’s always a risk that an infection could develop. Especially in the event of injuries that are caused by a piece of sharp debris, which puncture the skin and allow bacteria to enter the wound. As long as you act quickly however, the recovery process is usually quick and reasonably painless.

Since soft tissue injuries typically don’t require surgery, you shouldn’t have to contend with any huge vet bills later on.

The most important course of action is to understand the difference between soft tissue trauma and major injuries. Torn ligaments and broken bones are not examples of soft tissue trauma. They require extensive treatment and fall into a category of their own.

What are the Symptoms?

A lot of tissue trauma will appear as sprains and strains and will display the same symptoms. The near universal symptom of these injuries is limping. If your dog refuses to place weight on the offending area, this is an example of an injury. They might be willing to use the limb, but not well.

You can’t tell if it’s a soft tissue trauma injury alone from limping. Limping is far too generalised and associated with too many injuries to use it as conclusive evidence of one ailment or the other.

Search for other symptoms. One sign to look out for is extensive vocalisation, such as whining or whimpering. Vocalisation may only be apparent for a short period of time after the initial injury however; unless it’s particularly severe.

Check the site of the injury. You’ll need to be careful when doing this as the dog might become aggressive if you touch the area directly. Try to get a look at the site and inspect it for signs of swelling.

Other signs of pain in dogs include a lack of appetite or a personality change. A simple test would be to give them a food they really enjoy. If they don’t show the same level of interest as normal, you know something’s wrong!

What are the Risk Factors?

Any dog can sustain this type of injury. It’s massively common and there’s not a lot you can do to reduce the risk. As already mentioned, the important part is how to react to it.

Younger animals may be more likely to suffer injury when they’re involved in rough play. This is especially true if you have multiple dogs in your home.

Overweight animals are also at risk of injury, including more serious bone and joint conditions. In this case, you need to help your pet lose the weight by encouraging them to exercise and feeding them healthier foods.

Stray animals are also at a particularly high risk of sustaining soft tissue trauma or other injuries. RSPCA Choices have many easy fundraising ideas to create shelters for these animals. The work of the RSPCA in the UK has meant that thousands of animals have not only received the treatment they deserve, but they have also been able to get themselves out of danger in the first place.

The best way to deal with this type of injury is to act as quickly as possible. Don’t leave anything to chance. There is the risk of potential complications, and if you accidentally miss a more serious injury it could mean long-term health implications.

The main treatment for soft tissue trauma is lots of care and rest. This means reducing the number of walks and temporarily using puppy training pads rather than letting them struggle outside. You want them to be as lazy as possible for about two weeks.

These injuries have a lot in common with their human equivalents. It’s why most vets also recommend increasing exercise at a gradual rate afterwards.

To treat soft tissue injuries in pets that seem more severe, your vet might prescribe your pet with an anti-inflammatory medication. They’re non-steroidal and might include Previcox, Rimadyl, or Metacam.

Always take your dog to the vet for a check-up. You might want to avoid the fees, but there’s always a risk that your pet has sustained a more severe injury you didn’t notice. Give yourself peace of mind by having a professional inspect them.

In general, you should begin exercise again after your pet demonstrates they are recovering e.g. they haven’t limped for a few days. If this is the case, you don’t need to do anything else. Should the limping continue, take them back to the vet. This demonstrates there may be a more serious problem. The vet will perform a closer examination to ensure there’s nothing wrong with the affected ligaments or joints.

During the healing period, try to give the dog some time to itself. The chances are they will be more agitated than usual. If you have kids in the house, keep them away from your dog whilst their injury heals.

Of course, if the dog comes up to you there’s nothing wrong with interacting with them, but give them space. Allow them to rest and recover by themselves.

Furthermore, try to keep other pets away for a while. That new puppy you just got won’t understand the dog is in pain, and you don’t want them to get hurt because they bothered your injured pet on the wrong day.

Overall, dealing with soft tissue trauma isn’t particularly difficult and won’t have any lasting effects. These injuries just requires common-sense and the will to act as quickly as possible.

Consider creating a pet first aid kit and filling it with essentials such as:

This article was written by one of our guest contributors.
Previous Ever wondered why your dog gets so excited when you come home?
Next The 10 Most Common Canine Health Problems