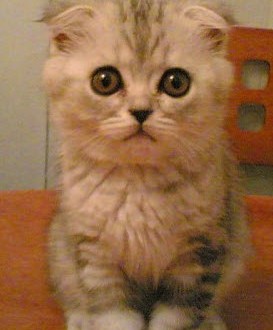 The Facts About Feline Eyesight

From domesticated cats to ferocious cats in the wild, we take a look at how our feline friends see at night and during the day.
Cats are predators, meaning they have evolved through thousands of years to be good at hunting down prey.

Although you may think Cuddles is just a cute member of the family, never forget that a cat’s instinct is to hunt – and to do so incredibly well.

Position of the Eyes

Cats’ eyes are located on the front of their heads; not on the sides like horses and rabbits. For such a predator, this position means the cat has incredibly good depth perception in comparison to that of a horse or a rabbit.

This is really important for being able to judge distances in both playtime and in hunting. The position of the cats’ eyes means they can judge how far away their prey is – or how far away that catnip is – with no problem.

Hunting cats will hunt for prey during the night, when everything is still, undisturbed…and dark. Cats have no problem with low light levels as they are able to adapt to low light with thanks to two areas of the eye:

Firstly, the pupils can be either round or elliptical, whereas in a human the pupils can only be round. When round, the eyes are dilated and to become elliptical the cat can shrink its eyes from the side inwards, allowing only a little amount of light to be let through to the back of the eye.

Their eyes also dilate incredibly quickly (changing from elliptical to round pupils), meaning a great deal of light can be let in – therefore allowing them to see in the dark due to their ability to let more light in.

The Tapetum (membrane at the back of the eyes) is the area of the eye which reflects the light, acting as a mirror to make the cats’ eyes appear lit up. This helps in low light levels as it increases the amount of light that enters the eye which the cat can make the most out of to further enhance images in near darkness.

Cats are not colorblind, despite many people thinking they are. It’s true that cats don’t see the same color as we humans do; but they can see color.

Amy blogs for Direct Sight, an industry-leading provider of glasses including varifocals online.

This article was written by one of our guest contributors.
Previous Things to Consider Before Getting a Puppy
Next Diarrhea in Dogs