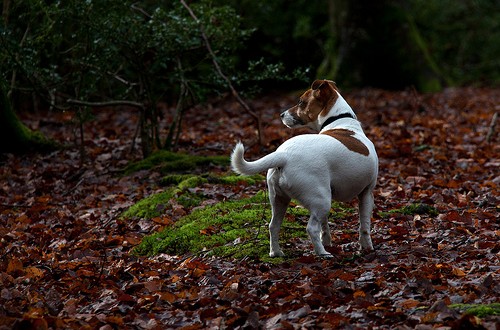 What You Need to Know About Seasonal Canine Illness

Over the past few years, awareness of seasonal canine illness has been steadily increasing. This mysterious illness strikes around autumn time and seems to affect dogs who have been walked in woodland areas.

In the autumn of 2009, numerous reports of dogs becoming ill after having been walked through the countryside (particularly woodland areas) were received. Each year since, reports have continued to come in.

Since September 2010, the Animal Health Trust (AHT) have been investigating this mysterious illness, known as Seasonal Canine Illness. With recent funding from the Kennel Club, the AHT have been able to employ a dedicated Seasonal Canine Illness investigator. With the increased publicity of the illness, additional funding and previous work, it is hoped that this year, the AHT will come closer to pinpointing the cause of the illness.

Symptoms of Seasonal Canine Illness can become apparent 24-72 hours after walking through woodlands. Not all dogs will become ill, but if you notice any of the below symptoms you should contact your vet immediately. The symptoms include:

The three most common symptoms are vomiting, diarrhoea and lethargy. Contacting your vet as quickly as possible is highly recommended after observing any of these symptoms, especially after visiting an affected woodland area.

Sites of Specific Interest and How You Can Help

There are currently five sites of specific interest in regards to Seasonal Canine Illness, they are:

Please note that Seasonal Canine Illness is not restricted to the areas listed above.

If you have visited any of these areas with your dog recently, please take the time to fill in the AHT’s questionnaire, which will help with the research of the illness. The questionnaire can be found here.

Owners should be extra vigilant after having walked their dog in these areas, taking extra care to look out for the symptoms listed earlier. If walking your dog through these areas, it is highly recommended to keep them in sight at all times and be observant of what they might be eating or drinking.

The number of affected dogs is only a small proportion of those that pass through areas at risk, however, as there is a small chance of fatality from the illness, it may be recommendable to avoid woodland areas during autumn.

What is Being Done about Seasonal Canine Illness?

Public awareness of Seasonal Canine Illness is increasing, as is funding and research. With time the cause of the illness is likely to be pinpointed. However, in the meantime, it is recommended that dog owners fill out this questionnaire if they have visited any of the areas above (or if you believe your dog has developed Seasonal Canine Illness from another area). It is also recommended that dog owners share this information with others – to help increase awareness of the illness.

Research is being carried out at the University of Nottingham into the cause of the illness. It is believed that a naturally occurring toxin, released from a plant, fungi or algal bloom is a likely candidate for causing the disease. Man-made toxins, such as pesticides have been ruled out by testing.

Visit the AHT website for more information and please help raise awareness of this illness by sharing this post, or linking to the AHT’s informative video.

BSc Bioveterinary Science. Editor of PetSci. When I'm not writing, learning, discussing, or reading about animals, you know it's the weekend! Currently developing PetSci HealthTrak, the fast and easy way to monitor your pet's weight and calorie intake. HealthTrak offers a simple way to track your pet's progress, helping them achieve a healthy weight and a long, happy life.
@pet_sci
Previous Cancer Treatment Options for Dogs and Cats
Next EPA and DHA for Dogs: What are they and what are the benefits?