CaniLeash, developed by Virbac, is a proven, effective vaccination for dogs against leishmaniasis. A 93% success rate over a two year period has been achieved in the trials.

This is great news for dog owners where there is a risk, such as South America, and more recently North America, as there is no effective cure. A vaccine as effective as CaniLeash will result in far fewer cases of the disease as long as owners are willing to get their dogs inoculated and current reservoirs of the disease are controlled.

What is Canine Leishmaniasis?

Canine Leishmaniasis is a parasitic disease caused by the bite of an infected sand fly. There is also evidence to support that the disease can also be transmitted from dog to dog via body fluids such as blood, for example during a transfusion from an infected dog.

The primary parasite responsible is Leishmania infantum, and can cause a number of problems in a canine host. Lesions can develop in numerous parts of the body and the immune system will go in to overdrive in an attempt to fight off the parasite. This can cause numerous inflammatory problems such as a type of self-induced arthritis. Kidney failure can also occur, which is the predominant cause of leishmaniasis-related deaths.

The parasite can result in unsightly skin lesions that are one of the main characteristics of the disease. These lesions can also be very painful.

What are the Symptoms of Canine Leishmaniasis?

Do I Need to Worry About Canine Leishmaniasis?

Canine Leishmaniasis was traditionally a problem throughout areas of the Mediterranean, South America and Africa, however, it is becoming an increasing problem in parts of North America and Europe. Fortunately in the UK, risk is very low.

There is evidence to suggest that some breeds are more likely to become infected by the parasite than others, including the Foxhound, Neopolitian Mastiff, German Shepherd and Doberman Pinscher.

Because the disease is primarily spread through Sandflies, insecticides have previously been used to keep the flies at bay. Collars impregnated with insecticides can be used to fairly good effect.

Care should be taken when travelling with your dog through areas associated with the disease.

The release of this new vaccine is therefore great news for those living or travelling in/to infected areas.

Infected dogs face a life long battle against the parasite as even if symptoms clear, there is always the possibility of a relapse. If you own with a dog currently living with leishmaniasis we’d like to know how you are getting on, what treatments you have used or tried and how they get on with their daily lives. Please, let us know in the comments below.

BSc Bioveterinary Science. Editor of PetSci. When I'm not writing, learning, discussing, or reading about animals, you know it's the weekend! Currently developing PetSci HealthTrak, the fast and easy way to monitor your pet's weight and calorie intake. HealthTrak offers a simple way to track your pet's progress, helping them achieve a healthy weight and a long, happy life.
@pet_sci
Previous Never Lose Your Cat Again: GPS for Cats
Next What to Do With a Twisted Off Shoe: A Horse Owner’s Guide 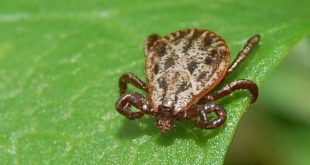 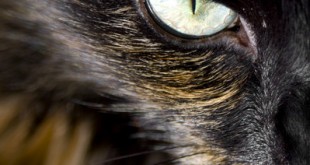 Are Our Cats Spreading Canine Parvovirus?