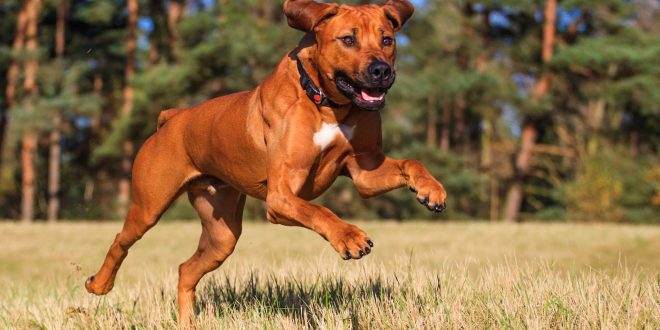 A gene potentially linked to epilepsy has been discovered in dogs. A study investigated juvenile myoclonic epilepsy (JME) in Rhodesian Ridgebacks in search of its genetic cause. The genome wide association study (GWAS) revealed DIRAS1 to be a strong candidate gene 1. The gene has previously been linked to neurotransmission, making it a good entry point for future research into myoclonic epilepsies.

DNA testing is already able to identify the candidate gene, making it possible for breeders to begin breeding out the disease in rhodesian ridgebacks. The discovery is also beneficial for human medicine as myoclonic epilepsy in dogs shares similarities with the human JME equivalent.

Myoclonic epilepsy in dogs is a seizure disorder characterised by myoclonus. Myoclonus describes the brief jerking movements of muscles or muscle groups associated with this type of epilepsy.

Lafora’s Disease is characterised by a genetic mutation that interferes with carbohydrate metabolism. This leads to a build up of a starch-like compound in nerve cells, which can cause myoclonus.

Medicines, toxins, infections and brain trauma can also cause myoclonus. Chemical or physical damage to the brain can lead to dysfunction in the nervous system, potentially leading to myoclonic seizures.

Anti-inflammatories are sometimes used to help reduce swelling on the brain and spinal cord. Anti-epileptics such as phenobarbital or potassium bromide are used to reduce the instance of the seizures. If an underlying disease is the cause of the seizures, this will also need to be treated through medication.

Through pedigree observation of healthy and affected animals, a genetic cause of myoclonic epilepsy was suggested. The mentioned study identified a small deletion mutation in the DIRAS1 gene as the cause.

Juvenile myoclonic epilepsy in rhodesian ridgebacks is considered autosomal recessive. Autosomal meaning not sex-linked and recessive meaning two faulty copies (alleles) of the gene are needed to cause disease (one from each parent).

So far, the DIRAS1 gene is specific to myoclonic epilepsy in rhodesian ridgebacks. Around 15% of the dogs carry the DIRAS1 mutation that causes the disease. The image below illustrates how the genetic defect is carried through generations. Only dogs homozygous for the DIRAS1 allele (DIRAS1/DIRAS1) show signs of disease (shown in red below).

The diagram shows the percentage of healthy, carrier and affected animals expected depending on the genetics of the parents. The mother along the left, and the father along the top. For example, the offspring of a healthy dam (green) crossed with an affected sire (red) would produce 100% carriers (orange).

What DIRAS1’s Discovery Means for the Future

The discovery also has benefits for dog owners too. With DIRAS1 identified, genetic testing can now pinpoint dogs carrying the gene who appear healthy (DIRAS1/+). Identifying and excluding these dogs from breeding programmes is the first step in creating a healthier future for the rhodesian ridgeback breed.

Rhodesian ridgeback owners are also able to get peace of mind, or an early diagnosis of juvenile myoclonic epilepsy. Advances in genetic testing technology means it is now more affordable and widely available.

For more information about the type, causes and symptoms of canine epilepsy, see our earlier article. You’ll also find lots of support from other owners in the comments section of this page.

BSc Bioveterinary Science. Editor of PetSci. When I'm not writing, learning, discussing, or reading about animals, you know it's the weekend! Currently developing PetSci HealthTrak, the fast and easy way to monitor your pet's weight and calorie intake. HealthTrak offers a simple way to track your pet's progress, helping them achieve a healthy weight and a long, happy life.
@pet_sci
Previous Dogs Enjoy the Sounds of Soft Rock and Reggae Music
Next Minitablets for Cats Set to Make Medicating Easier 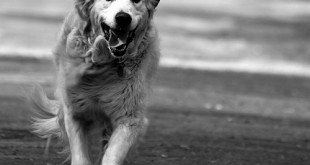 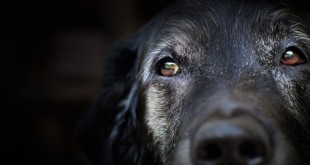 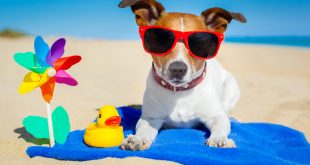 Can Dogs and Cats Get Sunburn?

Like humans, some cats and dogs are at risk of getting sunburn. UV rays from the …