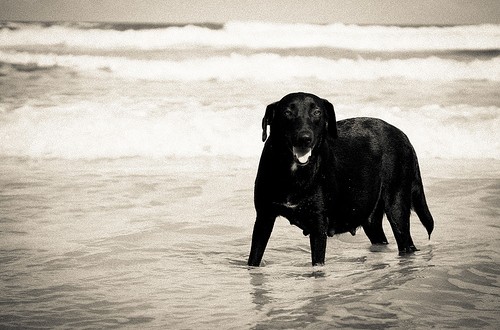 Is My Dog Pregnant?: The Signs and Symptoms of Canine Pregnancy

There comes a time when many-a-worried dog owner may have to ask, “Is my dog pregnant?”. You might think the answer is a simple yes or no, but unlike humans, it can be difficult to gauge whether a dog is pregnant until the final few days of the pregnancy!

Typically, canine gestation is around 60-63 days long, beginning on the day of conception. Ideally you’ll want to know whether your dog is pregnant a few weeks in advance so you have time to prepare of course, but as we mentioned it can be difficult to spot. What makes matters more difficult is the fact that many females will experience pseudo-pregnancies, which are very similar to actually pregnancy – just without the pups!

If you think your dog is pregnant, but aren’t too sure, you can always confirm the pregnancy at your vet, see, ‘Detecting Canine Pregnancy’ below.

About the Canine Oestrus Cycle: When is Pregnancy Possible?

Like humans and other mammals, female dogs experience a cyclic period of fertility. Human females are typically fertile 12 times a year, experiencing monthly fertility cycles, whereas female dogs cycle only twice a year.

Each cycle of the canine oestrus cycle takes around 6 months, this means that a female dog is only fertile on average twice a year. Each fertile period lasts for around 21 days.

Dogs become sexually mature and able to conceive from between 8-18 months, although this number can vary wildly between breeds (and even within the same breed). Typically males will mature before females.

Try our pregnancy calculator and calendar >>

A single oestrus cycle can be split in to four distinct phases:

So, females are fertile just twice a year during the oestrus phase of ‘heat’ (remember, heat consists of both proestrus and oestrus). The length of heat varies but can last from 5 days to 21 days.

The Signs and Symptoms of Canine Pregnancy

So if it’s likely that your female has been mated during her fertile phase, you are going to want to be checking for the signs and symptoms of canine pregnancy. Remember that non-pregnant bitches can undergo the same response to hormone changes, resulting in pregancy-like symptoms such as those listed below.

If your female is experiencing any of the below, you are probably going to want to get the pregnancy confirmed at your vet so you can prepare in advance of the birth.

The signs and symptoms of canine pregnancy include:

Sign and symptoms of pregnancy when whelping (birthing) is imminent:

If you’re almost certain that your dog is pregnant, you will want to confirm that is the case by visiting your vet. They will be able to perform one of the following techniques allowing them to confirm whether or not your dog is truly pregnant:

If you are worried about unplanned pregnancies, you should consider getting your female spayed. This surgical procedure prevents future pregnancies and also has the benefit of reducing hormonally driven diseases such as mammary cancer. The alteration in hormone levels as a result of the operation may result in some behaviour changes in your female however.

If your female has become pregnant unexpectedly, you should try to determine which male is responsible. An overly large male in comparison to the female may negate the possibility of a natural birth. As a result, you might need to seek further veterinary advice.

Finally, the average litter size is around 6 pups, but could be anything upwards of 12! You should be prepared in advance and have a clear idea of how you will deal with the pups. Try to have rehoming options lined up in advance.

Consider purchasing a whelping kit if the pups are due soon >>

BSc Bioveterinary Science. Editor of PetSci. When I'm not writing, learning, discussing, or reading about animals, you know it's the weekend! Currently developing PetSci HealthTrak, the fast and easy way to monitor your pet's weight and calorie intake. HealthTrak offers a simple way to track your pet's progress, helping them achieve a healthy weight and a long, happy life.
@pet_sci
Previous Why is the Number of Pet Owners in Decline?
Next Neutering You Cat: Dealing with Increased Appetite Caused by Sterilisation 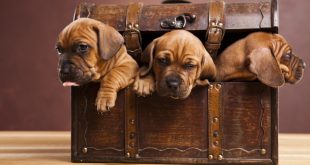 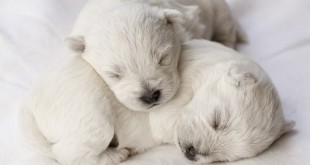 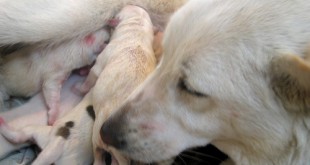