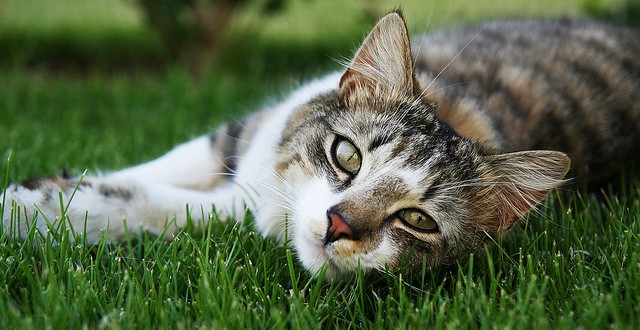 Parvovirus is the common term for a family of viruses known as parvoviridae. These viruses are very stable and able to survive in the environment for extended periods of time, they can remain infectious for over a year. They can also withstand many detergents, as well as heat to some extent.

The virus has a high mortality rate, particularly in kittens. Acute symptoms can last five to seven days, but it may take weeks for surviving individuals to fully recover from the virus. Various, highly effective vaccines are available, but reservoirs of the virus exist in wild animal populations such as mink. Infection amongst the wild animal population is primarily responsible for outbreaks that occur in unvaccinated domestic cats.

Feline parvovirus (FPV) is the virus responsible for causing feline panleucopenia. FPV is primarily spread through direct contact with an infected cat. The virus is shed by an infected individual in faeces and other bodily fluids, which allows the virus to spread if ingested. FPV is a very stable virus, so it can be transmitted over long distances for prolonged periods though contact with infected bedding, toys, food dishes, or even owners’/handlers’ hands and clothing.

The clinical signs of feline panleucopenia can vary and also depend on the age of the infected cat. The virus has a high mortality rate in kittens, whereas in adult cats, the mortality rate drops to around 20-30%. Death can occur rapidly after the onset of symptoms.

The virus causes severe gastroenteritis, which leads to bloody vomiting and diarrhoea due to damage and ulceration of the intestines. In the later stages of infection, the virus reaches the bone marrow through the blood, where it is able to attack white blood cells, reducing their numbers and weakening the immune system.

Many feline panleucopenia deaths occur due to dehydration resulting from diarrhoea, or secondary infections due to the reduced white blood cell count .

Symptoms to look out for are:

Pregnant queens that become infected with feline parvovirus during pregnancy can transmit the virus to her unborn kittens. In some cases, this can lead to the loss of the kittens.

The virus can damage the brain of the developing kitten, disrupting development of the cerebellum (cerebellar hypoplasia). The damage caused to the cerebellum can cause severe, potentially fatal, in-coordination. This will become apparent after a couple of weeks once the kittens become mobile.

Treatment and Diagnosis of Feline Panleucopenia

Diagnosis requires identifying the virus from samples, however this can take time and the infection can become fatal in as little as a day after infection. Some veterinary practices may be able to offer a SNAP® Parvo Test , although designed for dogs, it can be used to give an indication of infection in cats.

Your veterinarian should be able to identify feline panleucopenia as a possible diagnosis based on the history and presenting clinical signs. Blood in the faeces and vomit are a strong indicator of panleucopenia.

Although there is no specific treatment for feline panleucopenia, with effective supportive care, mortality rates can be reduced. Infected cats must be supported for five to seven days until their body is able to fight off the virus.

Infected cats should be isolated, and a strict hygiene regime observed due to the highly contagious nature of feline parvovirus.

As many cats infected with feline parvovirus die due to secondary infection or dehydration, the best supportive treatment is maintaining fluid levels intravenously and providing broad spectrum antibiotics to combat any infections that may occur due to the weakened immune system.

Antiviral treatments, including antibody serums and interferons are available, but data on their efficacy is limited.

Various vaccinations against feline panleucopenia are available and are highly effective. As such, they are recommended for all cats, especially given the seriousness of the disease. Even strictly indoor cats should be vaccinated due to the stability of the virus that allows it to be easily transported on clothing, footwear, etc.

Modified live vaccines are considered the best as they elicit the best immune response, however, these should not be administered to pregnant queens as the virus is able to disrupt brain development of the unborn kittens.

It is suggested that kittens are vaccinated between eight to twelve weeks of age, although your veterinarian can discuss the ideal vaccination schedule for your cat. Up to three vaccinations may be given for feline panleucopenia as a kitten, but the immunity provided is strong and long lasting. Due to the high efficiency of the vaccination, yearly boosters are not necessarily needed.

BSc Bioveterinary Science. Editor of PetSci. When I'm not writing, learning, discussing, or reading about animals, you know it's the weekend! Currently developing PetSci HealthTrak, the fast and easy way to monitor your pet's weight and calorie intake. HealthTrak offers a simple way to track your pet's progress, helping them achieve a healthy weight and a long, happy life.
@pet_sci
Previous Proposed Guidelines for Breeders to Reduce Instance of Syringomyelia in Toy Breeds
Next Are Your Pets at Risk When You’re Home with the Cold or Flu?