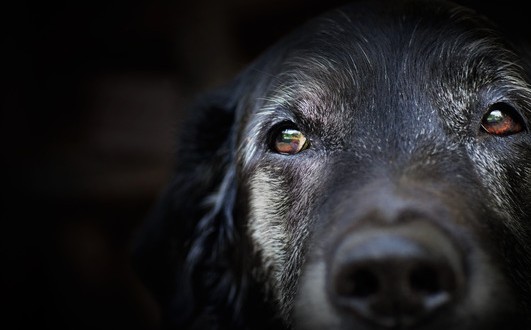 There are many causes of canine seizures, and fortunately for some dogs, those seizures are isolated incidents.

For many dogs however, the incidence of a seizure may not be isolated. When this is the case, it may be that the dog is suffering from canine epilepsy.

Note that epilepsy and seizure are not synonyms. Epilepsy is a cause of seizures and is sometimes referred to as ‘recurrent seizure disorder‘ due to the fact that epilepsy sufferers experience frequent seizures.

There are many similarities between canine epilepsy and human epilepsy, the main difference being the method of treatment, but also that it may be more difficult to recognise the occurrence of a canine seizure in some instances.

What is Canine Epilepsy?

As mentioned earlier, canine epilepsy is a recurrent seizure disorder, where the dog experiences frequent seizures. In general, a dog suffering from a seizure or more a month is considered to be epileptic. Isolated seizures or less frequent seizures may be the result of another underlying disease.

The onset of seizures in dogs suffering from canine epilepsy can begin as early as 6 months of age, or as late as 5 years. Seizures that arise in dogs aged over 5 years may again be the result of an underlying disease, and not a result of epilepsy. The frequency of seizures in epileptic dogs may also increase over time (without treatment). Depending on the severity, epileptic dogs may experience multiple seizures each month. Multiple seizures in a day is a cause for concern (see cluster seizures below).

Canine epilepsy causes seizures as a result of sudden abnormal ‘electrical activity’ in the brain. This unusual activity results in a complete or altered loss of conciousness.

In the majority of cases, the cause of canine epilepsy is unknown (idiopathic), however, in some cases, epilepsy may be the result of a known cause (e.g. scar tissue in brain).

Some of the more common causes of canine seizures are listed below:

Breeds With an Inherited Risk of Developing Canine Epilepsy

Breeds of dog with evidence to suggested a genetic risk of developing idiopathic epilepsy:

See here for more information on the genetics of canine epilepsy.

Like humans, there are multiple types of seizure. From the more recognisable ‘General Seizures‘, to ‘Partial Seizures‘ – which can often be difficult to detect in dogs.

General seizures are easily identifiable and highly recognisable, due to their obvious effect on the whole body. This type of seizure results in the rapid relaxation and contraction of entire muscle groups, leading to the body convulsions typically associated with seizures.

This type of seizure is also known as a ‘Tonic-Clonic‘ seizure (or formerly ‘grand mal’). The Tonic-Clonic seizure has 3 identifiable states:

Partial seizures affect an isolated part of the body, e.g. a limb or facial muscles, which causes twitching in the affect muscle(s).

Complex partial seizures (formerly known as psychomotor seizures) can be much more difficult to recognise. They cause no typical convulsions and only result in unusual behaviour. Commonly reported behaviours associated with these complex partial seizures include; frenzied barking, licking or chewing themselves, staring into space, snapping at invisible objects and accidental defecation or urination.

Like general seizures, partial seizures (both ‘standard’ and complex) are preceded by an aura phase. They also result in impaired awareness and responsiveness.

What to Do During a Seizure

When your dog is experiencing a seizure, they will lose consciousness, meaning that your dog is not in a state of suffering; however, you should take some precautions for your own safety and the safety of your dog.

Ensure the immediate area is safe by removing all breakable items or furniture that could fall onto or harm your dog if knocked over. Also, move children in to a separate room until the seizure passes.

Whilst you may feel the need to intervene, you should avoid direct contact with your dog until the seizure has passed. In their epileptic state, they may pose a risk to you and themselves. Owners have reported animals snapping at them during a seizure (out of character behaviour due to a loss of conciousness).

Do not leave your dog, stay with them and observe them until the seizure is over. This is to ensure they safely recover and do not enter status epilepticus (see above).

An isolated seizure may not be cause for concern, however, treatment will likely be considered when seizures become regular e.g. after second seizure or if seizures occur monthly or more frequently.

In some cases it may be possible to treat an underlying medical condition that is the cause of canine seizures, but in epileptic dogs there is, unfortunately, no cure. Treatment of canine epilepsy involves controlling the seizures by reducing their severity and/or frequency. Some dogs may respond to treatment extremely well and stay seizure free for extended periods of time.

Many owners and vets recommend keeping a ‘seizure journal‘, noting the times, environmental conditions, possible triggers, duration etc. of their dog’s seizures. This can prove extremely useful in controlling your dog’s seizures when combined with effective therapy. There are even apps to help with this process.

The majority of human epilepsy drugs are toxic or ineffective in dogs and other companion animals, leaving us with two primary options for the treatment of the disorder:

In some cases, these treatments may be combined, especially where seizures are severe or they aren’t as effective individually.

Dogs being treated with these medications should undergo regular blood tests, 2-4 times a year to ensure the correct therapeutic dose is being given. This will allow the vet to determine if the dog is receiving too high or too low a dose. High concentrations of anti-epileptic in the blood can pose a toxicity risk, whilst low concentrations may be ineffective in controlling the seizures.

Also see our article about Pexion®, which includes a large discussion of treatments and experiences from other pet owners >>

When dogs begin treatment (or when the dosage is increased) for epilepsy, side effects may be worse until the body becomes accustomed to the treatment.

Side effects common to both treatments:

Phenobarbital specific side effects (rare, but considered worse than the seizures it is trying to control):

Dogs undergoing treatment that includes phenobarbital are advised to have blood tests twice a year, to monitor liver health.

It is also worth noting that once treatment begins, a form of ‘dependency’ develops, stopping treatment can lead to the onset of a seizure.

Dogs that respond well to treatment may be able to have their dosage reduced (reducing the severity of the side effects) – although this will require gradual reduction in dosage over a period of time.

Some owners claim to have had success using an elimination diet – GARD, which you can check out here.

If you are the owner of an epileptic dog and would like to share some advice with other owners, please leave your comments below. It can be hard initially to keep up with the additional responsibilities of owning an epileptic dog (such as medication and maintaining a seizure journal), but with your help, your dog can live a happy and normal life.

If you are worried about canine epilepsy, you should speak to your veterinarian, who will be able to talk through the options you have and offer more advice on treatment, responsibilities and care.

BSc Bioveterinary Science. Editor of PetSci. When I'm not writing, learning, discussing, or reading about animals, you know it's the weekend! Currently developing PetSci HealthTrak, the fast and easy way to monitor your pet's weight and calorie intake. HealthTrak offers a simple way to track your pet's progress, helping them achieve a healthy weight and a long, happy life.
@pet_sci
Previous Milkweed Poisoning in Horses
Next The Overweight Cat: Are we Feeding Cats Too Many Treats?