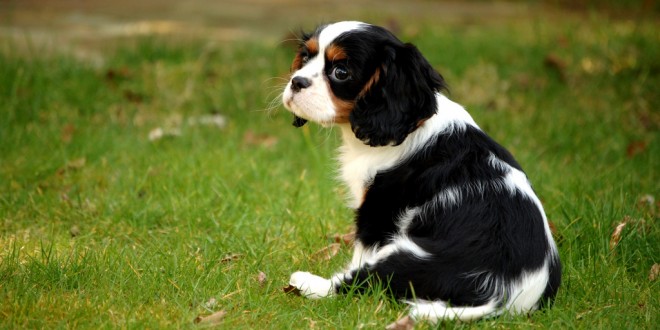 A recent study conducted at the University of Bristol, supervised by Dr. Clare Rusbridge, has identified two significant risk factors for the development of a painful neurological disease in Cavalier King Charles Spaniels. The findings implicate certain aspects of skull shape in the onset of syringomyelia, a painful condition more common in toy breeds, including the Cavalier King Charles Spaniel and Chihuahua

By taking various measurements of over 100 Cavalier King Charles Spaniels, the researchers were able to identify two significant risk factors that associated syringomyelia and CM with skull shape. These were the ratio between width and length of the head (cephalic index) and the distribution of doming of the skull.

The study found that a broad, short skull with doming towards the front of the head had a higher association with syringomyelia and CM.

“Dog breeders are very experienced at selecting for a certain conformation or appearance in dogs. Our findings may allow breeders to select away from the condition over fewer generations by choosing appropriate matings and offspring to continue breeding programmes. The identification of an appearance that might protect against developing the disease is a significant step forward in tackling this painful condition.”

“The study also provides guidance to breed clubs, breeders and judges that have a responsibility to avoid obvious conditions or exaggerations which would be harmful in any way to the health, welfare or soundness of the breed.”

Chiari-like Malformation (CM) occurs when the brain is essentially too large for the skull. This causes part of the brain to be forced through an opening in the skull (foramen magnum) on to the spinal cord. It is thought that CM may be a result of selective breeding for miniaturised dog breeds, where the brain did not resize accordingly with the skull.

Syringomyelia is a painful condition where the formation of cysts causes damage to the spinal cord. These cysts occur within the spinal cord (syrinx) following obstruction of fluid (cerebrospinal fluid). Chiari-like Malformation is a common cause of these obstructions.

Syringomyelia is known to have a high incidence in Cavalier King Charles Spaniels, but has also been reported in numerous other breed that display brachycephalic (broad, short skull). A list of such breeds is below.

In most cases, syringomyelia is a late onset disease, so symptoms don’t usually appear until at least one year of age (although cases have been reported in younger dogs). Symptoms can also be easy to miss or confused with other health problems, complicating diagnosis. The main symptoms of syringomyelia include:

Medications used for the treatment of syringomyelia include:

There is also the option of surgery to improve cerebrospinal fluid flow. This type of surgery is known as cranial decompression and is considered successful in reducing pain in most instances. Unfortunately, there are cases of recurrence following surgery and continuing medication is recommended for most dogs.

Dog breeds considered to be brachycephalic (broad, short skull), which may be factor in the development of syringomyelia:

BSc Bioveterinary Science. Editor of PetSci. When I'm not writing, learning, discussing, or reading about animals, you know it's the weekend! Currently developing PetSci HealthTrak, the fast and easy way to monitor your pet's weight and calorie intake. HealthTrak offers a simple way to track your pet's progress, helping them achieve a healthy weight and a long, happy life.
@pet_sci
Previous Bob Martin to Tackle Permethrin Poisoning in Cats
Next Feline Panleucopenia and Feline Parvovirus (FPV)