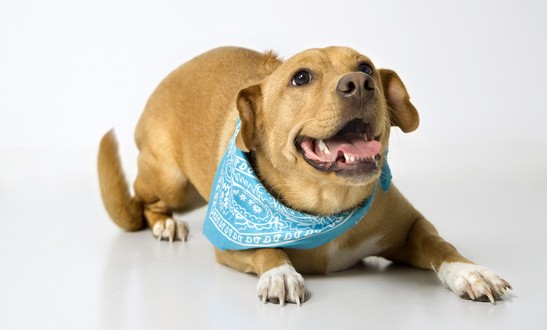 The 6 Most Common Types of Dog Barks: Translated

Humans have domesticated dogs for thousands of years, so you think by now we’d know if they were trying to get a point across! Well, it has now been officially confirmed that we can in-fact speak canine.

Researchers have concluded humans are very good at categorising dog barks into categories such as ‘fun’, ‘aggressive’, ‘sad and ‘playful’. Even non-dog owners were able to distinguish between an aggressive and playful bark.

The study was carried out on audio recordings of different dog’s barks, so the subjects had no visual clues either. If you fancy taking the test for yourself to see if you can distinguish between dog barks visit the NOVA website.

The: I See a Stranger

Dogs have long been used as guard or watchdogs, their ability to recognise people means they are pretty good at determining when a stranger is lurking. The response to a stranger is usually aggressive, in an attempt to both intimidate them and alert you to their presence.  A typical ‘I see a stranger bark’ is:

The: I’m on the Attack

The ‘I see a stranger’ bark is more common in watchdogs i.e. dogs to alert you to an intruders presence. Guard dogs on other hand are more inclined to do something about an intruder’s presence themselves. The ‘I’m on the attack’ bark is:

The: Lets go For a Walk

Dogs love walks. As such, if you even go near their lead they immediately spring to action (even if they were sleeping!) and start getting excited about what amazing things are going to happen on this walk. In fact dogs often get so excited about going on a walk, they can’t contain their excitement and have to shout it out. The ‘let’s go for a walk’ bark is:

The: Don’t Leave Me Alone!

Many dogs suffer from separation anxiety to some degree. Dogs are pack animals and most aren’t solitary so hate being left alone. They rarely seem to realise that when you leave for work you are in fact going to be returning in the evening. In an effort to get you to stay, they often employ the ‘don’t leave me alone!’ bark, which is:

The: Give me the Ball!

Dogs also love to play – almost as much as they love walks! In fact they get so excited when playing that if you have their ball for even a second, they can’t bear it and need to get that ball back. In an attempt to persuade you to give them the their ball, the ‘give me the ball’ bark is used which is:

Similar to the ‘give me the ball’ bark is the ‘let’s play!’ This is just a general expression of happiness and content as you share a playful moment with your pooch. People are easily able to identify this bark as friendly and not in the least way aggressive or intimidating – even when they throw in a playful growl. The ‘let’s play!’ bark is:

So how do you feel after your crash course in doggy dialect? Does your dog have any special barks that you have learnt to translate? Does he have a ‘it’s feeding time!’ bark or a ‘I really want to go in the car!’ bark? If so let us know in the comments below.

BSc Bioveterinary Science. Editor of PetSci. When I'm not writing, learning, discussing, or reading about animals, you know it's the weekend! Currently developing PetSci HealthTrak, the fast and easy way to monitor your pet's weight and calorie intake. HealthTrak offers a simple way to track your pet's progress, helping them achieve a healthy weight and a long, happy life.
@pet_sci
Previous Everything You Need to Know About: Royal Canin Calm
Next Cats Finally Able to Use Twitter