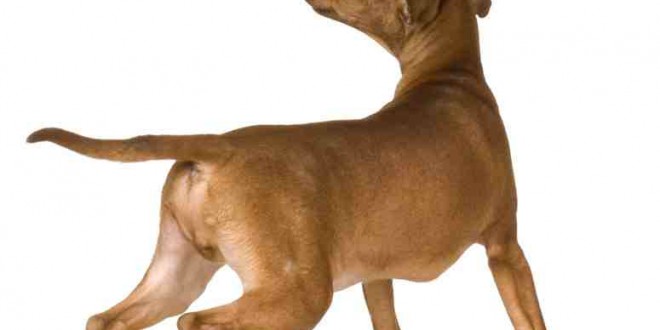 Whilst most of us deem tail chasing as a relatively normal yet humorous behaviour, there are suggestions that there could be a relationship between tail chasing and neurological disorders.

All previous studies into tail chasing have been performed using biased, small groups. The author of this study claims that by using YouTube they have been able to gather the first large (400 dogs), non-biased tail chasing study population – all through a free, online video service which can be accessed from the comfort of their own home – they didn’t necessarily even need to visit the lab!

Interestingly, after dissecting the videos and their comments, the author produced some unusual stats:

There are a number of believed causes as to why dogs chase their tails including; Canine OCD, dermatitis (skin inflammation), an inflamed/itchy bottom or other non-medical reasons such as; boredom, insufficient exercise or stress. Tail chasers therefore fall in to two categories – ‘Medical’ tail chasers and ‘Normal’ tail chasers.

The author of the paper highlights the fact that all prior studies have never included ‘Normal’ tail chasers, which is something YouTube has allowed them to achieve.

Because tail chasing is seen as a normal behaviour by many (many books and other forms of media often depict dogs chasing tails as a fun and joyful thing that dogs simply ‘just do’), the problem often gets worse and more frequent due to the pet being rewarded or at least not prevented from spinning.

Treatments are available however for tail chasing, treatment generally involves behavioural therapy coupled with pharmaceuticals such as antidepressants. Tail amputation is sometimes used as a treatment, but has no reported success.

Certain breeds are predisposed to tail chasing, these breeds include; Bull Terriers, German Shepherds and Anatolian sheepdogs. There is some controversy over whether or not Jack Russells, West Highland Terriers and a number of other breeds are likely to develop tail chasing behaviour. Studies suggest that they are, although these studies used too few dogs to properly asses the question in hand. It is likely that tail chasing was accidentally bred into certain breeds along with a more desirable trait.

Whilst this study has provided a much better insight into tail chasing, there are still a number of factors as to why the dogs represented by the 400 videos on YouTube may not truly be a representative group. For instance, some owners may find their dog’s tail chasing behaviour embarrassing and as such, refrain from posting on YouTube

What this study has shown however, is that science and social media are becoming increasingly intertwined. It has also shown that maybe we should think twice about whether our dog’s behaviour is ‘funny’ or something we might want to be a little more concerned about.

What are your thoughts? Let us know in comments; do you think that tail chasing is a normal behaviour and maybe we should stop worrying about it or are you concerned about possible underlying causes that may be a little more serious? What is your opinion on the use of social media in this situation?

BSc Bioveterinary Science. Editor of PetSci. When I'm not writing, learning, discussing, or reading about animals, you know it's the weekend! Currently developing PetSci HealthTrak, the fast and easy way to monitor your pet's weight and calorie intake. HealthTrak offers a simple way to track your pet's progress, helping them achieve a healthy weight and a long, happy life.
@pet_sci
Previous Researchers Suggest Canine ‘Electric Nose’ for Disease Diagnosis
Next How to Reduce Plaque & Tartar with ProDen PlaqueOff