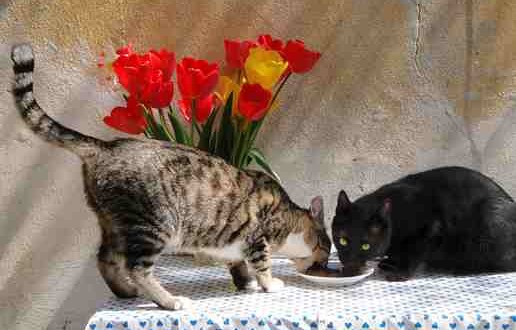 Introducing a New Cat to Your Existing Feline Friend

Whatever the reason, we have gathered some useful tips for introducing a new cat into your household that already houses another cat!

Remember though, each cat is an individual with different traits, characteristics and tolerances – so what might work for some may not be as effective for others. Following these tips however can ensure that the whole process of introduction is a lot easier for you and your cats!

Cats Aren’t a Fan of Change…

You are probably aware that cats can be very territorial; they readily mark their territory and are willing to confront other cats who impede. This can make introducing a new cat difficult, but not impossible.

If this is the first time your cat will be sharing the house with another, then it is likely that they will be anxious of the newcomer. They may be jealous of the attention they receive from you, concerned about competition or they may just prefer being alone.

Relationships take time to develop, so expect anxiety at first – don’t expect both cats to get on right from the start (not that it isn’t possible however…).

Also, you know your cat best. Are they dominant? Do they like company? Are they aggressive? Take some time to consider whether your cat’s personality is suited to feline companionship before you jump in to things!

for a couple of weeks before the new cat arrives. These products release a natural chemical (a pheromone), that helps cats adapt to change by decreasing anxiety.

Bringing a new cat into your household will require some extra time commitment from you, for the first week or so, as their relationship develops. Be willing to put in this extra time as it will provide a good foundation for the future relationship between your new and existing cat.

To help you make a good match, consider your current cat’s personality and try to find another cat with a complimentary personality. For example, trying to match your submissive cat with a new dominant male might be difficult.

One of the best solutions is to introduce a kitten. Kittens are much less likely to act aggressively towards your current cat and as such, confrontations over territory will also be less likely. If you have an older cat however, consider whether or not they would be able to tolerate the natural playfulness of a new kitten!

Gender typically isn’t a problem when considering a new cat; some same-sex companions get on just as well as male-female companions. Ensuring that both cats are neutered however will reduce aggression and prevent unwanted kittens in male-female households!

How to Introduce Your New Cat

First and foremost, don’t rush in to introductions! Gradually increase the amount of time your new cat spends with your current cat:

Tips on Developing Your New and Existing Cat’s Relationship

As mentioned earlier, don’t expect your new cat and current cat to get on immediately. Their relationship will take time to grow. You can help it develop by:

What to Do if Your Cats Don’t Get On

It is inevitable that some cats just aren’t going to get on. If you find that your new cat doesn’t get on too great with your current cat, it isn’t a cause for concern – cats can happily co-exist as long as they each have their own individual space and are able spend time alone.

Despite the fact that they may not get along, the mere presence of another cat will provide stimulation for both that they wouldn’t have received if they were housed alone – so don’t rush out to rehome the newcomer!

There may be some exceptional situations, where one cat may show signs of severe stress in response to the presence of another cat. Signs can include; reduced appetite, aggressive behaviour and an intolerance of people. If after a month or two it still appears as though your cats still aren’t getting on and you believe one may be showing signs of stress, ask your vet to check them over and consult them for further advice. The unfortunate remedy in this situation is likely going to be the rehoming of one cat.

These situations are rare! Most cats will learn to appreciate their new feline companion with time and become happier and more content with daily life. A new companion can reduce boredom and provide great stimulation for both cats!

Have you recently taken on a new feline friend? How did your current cat cope with the introduction of a new cat? Let us know your experiences below and feel free to share any tips you may have!

BSc Bioveterinary Science. Editor of PetSci. When I'm not writing, learning, discussing, or reading about animals, you know it's the weekend! Currently developing PetSci HealthTrak, the fast and easy way to monitor your pet's weight and calorie intake. HealthTrak offers a simple way to track your pet's progress, helping them achieve a healthy weight and a long, happy life.
@pet_sci
Previous How Do Joint Supplements for Dogs Work?
Next Keeping Horses Safe From Flies and Midges