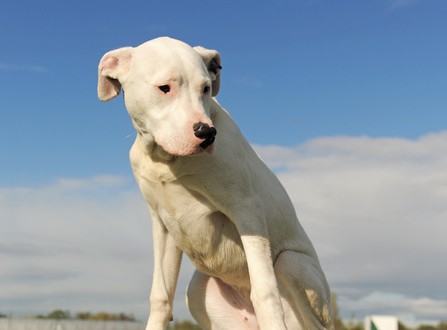 A Quick Guide to Dangerous Dogs

The Dangerous Dogs Act (DDA) is a UK piece of legislation that came in to effect in 1991. It prevents anyone from breeding, selling, gifting or abandoning certain breeds. These breeds must be kept on a muzzle and lead if they are taken out in public.

The legislation is in place to protect the general public from breeds which are believed to pose a danger due to their aggressive nature. Controversy surrounds the definition of the act due to its clear, yet seemingly unclear terminology.

See below for the breeds which the act covers directly.

According to the DDA it is illegal to breed, breed from, sell, gift or abandon the following breeds (note that it is not illegal to own – but the dogs must be kept on a leash and muzzle in public, in local authorities or the police believe that the dog poses a danger, it can still be destroyed under the DDA):

The majority of dangerous dog cases only concern Pit Bull Terriers and Pit Bull types, however with confusion into the usage of the word ‘type’, in 1993 the following legal definition was created:

“That a dog of the type known as a Pit Bull Terrier is an animal approximately amounting to, near to, having a substantial number of characteristics of the Pit Bull Terrier”

As well as owning a dog that resembles one of the above breeds, it is also an offence to own a dangerously out-of-control dog in a public place (or unauthorised non-public place) of any breed. It is important people are assured that laws are in place to protect them from dangerous dogs.

Now however, whether the dog is destroyed or not is the choice of the courts. Police or local authorities can seize dogs they believe to be a threat and enforce the DDA. The outcome is at the discretion of the courts.

Owners of the prohibited breeds can have their dogs considered for exemption from the DDA if the court deems they are not of threat to the public.

If an accusation is made, it is therefore the responsibility of the owner to prove that the dog is not of a prohibited breed type. Therefore owners are essentially guilty until proven innocent.

Dog Attacks in the UK

In 2009, there were over 5,000 hospital admissions from people who had been attacked or bitten by a dog, this cost the health service over £3 million.

Postmen and women, due to the nature of their job, are more likely to be the victim of a dog attack – each year there is an estimated 6,000 attacks from dogs on postmen.

Those looking to purchase a new dog should bear in mind the DDA, avoid any dog that seems to fit the description of prohibited breeds or has a history of aggression.

The law on dangerous dogs is both clear, yet unclear at the same time. If you know that your dog is not of a prohibited breed, make sure you can prove it. Remember that whilst certain breeds may be predisposed to aggression more so than others, a lot of how animal behaviour depends on its training and treatment.

BSc Bioveterinary Science. Editor of PetSci. When I'm not writing, learning, discussing, or reading about animals, you know it's the weekend! Currently developing PetSci HealthTrak, the fast and easy way to monitor your pet's weight and calorie intake. HealthTrak offers a simple way to track your pet's progress, helping them achieve a healthy weight and a long, happy life.
@pet_sci
Previous Finding Your Perfect Canine Companion
Next The Ultimate Winter Holiday Canine Care Guide